Royal Decree 477/2021, of June 29, was recently published in the BOE, which approved the direct concession to the autonomous communities and the cities of Ceuta and Melilla of aid for the execution of various incentive programs linked to the self-consumption and storage, with renewable energy sources, as well as the implementation of renewable thermal systems in the residential sector, within the framework of the Recovery, Transformation and Resilience Plan. 660 million euros will be allocated to this action, expandable to 1,320 million euros.

Specifically, up to 900 million will be allocated in aid for self-consumption facilities; up to 220 million for behind-the-counter storage; and up to 200 million for air conditioning with renewable energy. The autonomous communities and cities will disseminate them throughout the national territory until 2023 and will allow the creation of more than 25,000 jobs, between direct and indirect.

To increase the information and awareness of society, all subsidized facilities will have to include a monitoring system.

The 660 million initially budgeted will be expanded, as the initial amounts assigned to each Autonomous Community are implemented, until reaching 1,320 million of the total program; Autonomous communities and cities must commit 80% of the initial budget during the first year or they will have to reimburse half of what was not committed within 15 months from the publication in the BOE of this Royal Decree.

This aid package will be articulated through six programs. The first three are aimed at specific economic sectors, based on data from the National Institute of Statistics (INE) from 2019, prior to the outbreak of the pandemic, while the last three, aimed mainly at housing, take the number as a reference. of main dwellings or households, also according to INE data.

It is important to point out that the distribution of the budget between the Autonomous Communities and the cities of Ceuta and Melilla is only for the initial allocation of the program. For future credit extensions, the execution of the budget and the existing demand in each territory will be taken into account.

On the other hand, to increase the information and awareness of society, all subsidized facilities will have to include a monitoring system. In companies and administrations, their performance must be reflected on a screen in view of the public or workers; in homes it will be accessible through a mobile device.

The intensity of the aid will vary depending on the beneficiary and the type of installation. For companies, a percentage will be assigned on the initial investment volume –up to a maximum–, while for individuals and public administrations a fixed percentage will be subsidized.

In the case of photovoltaic solar energy, the aid will range from 15% for a large company to 45% for an SME or a small system, less than 10 kW; individuals will be able to benefit from 40% –it goes up to 50% in collective self-consumption systems– and public administrations from 70%. The removal of asbestos covers and the installation of canopies to optimize the use of space, as is common in car parks, will be assessed. 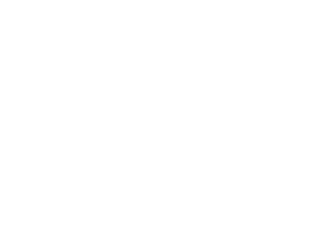